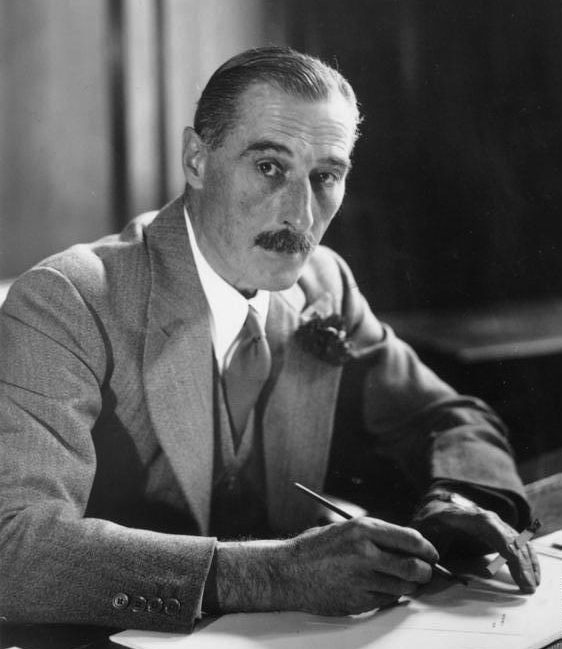 Sir Neville Meyvick Henderson was born in 1882 year. He started his career at the age of 23 years, when he joined the British diplomatic team. For many years he performed his duties conscientiously, working in low-level positions in various English diplomatic missions. In later years, he was a multiple ambassador of the United Kingdom. W 1924 took over on 4 years office of the ambassador to Egypt. Later, in the same position, he resided in France for a year. Next, up to a year 1935 he was the ambassador to Yugoslavia. For the next three years he led the activities of the English embassy in Argentina. In years 1937-39 he performed the role of the British ambassador to Germany. It was in Berlin that the most important events for Henderson's diplomatic career took place.

Henderson was closely associated with Prime Minister Neville Chamberlain's policy of concession to Germany. You can even say, that he was a staunch supporter of appeasement. He opposed the anti-German views of the French and did not mind Nazi intentions, as to the territorial expansion of the Third Reich. As British ambassador to Berlin, he believed, that the government of Great Britain had no interest in it, to condemn German foreign policy. Furthermore, he was friends with many high-ranking German officials, and especially with the Minister of Aviation, Hermannem Goeringiem, which he enjoyed exceptional favors.

Henderson w 1938 year, he supported the Munich resolutions, then being sure, that Hitler no longer had, except declared, no claims against the rest of Europe. He was disappointed later with the further conquests of the German leader, when it's already in 1939 year the Wehrmacht occupied the rest of Czechoslovakia.

Concerning the matter of Polish events, attended by Henderson, took place at the end of August 1939 year, on the eve of the outbreak of World War II. Then it, hoped to keep peace in Europe, the British diplomat tried at all costs to prevent Hitler from attacking the Second Polish Republic. Numerous attempts, undertaken as a mediator between two countries, however, they failed, what we know from history. Broken down by the failure of his actions, Henderson left Berlin shortly after the declaration of the Second Reich by his government.