The work of the Legislative Seym – political and economic 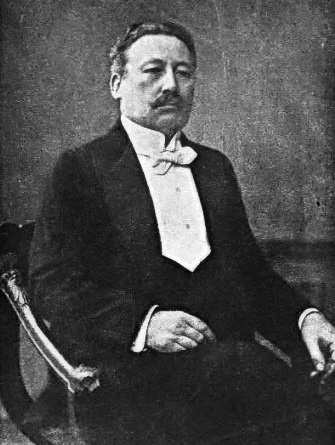 Trąmpczyński's Seym, nearly four years old, it has not yet seen a fair comparison with its famous predecessor. Piłsudski and the Stańczyk family will try to do it, yes, humiliate. Although society did not give him a strong majority, although inexperienced people predominated in it, with unclear views, he did quite well. He gave a constitution, restrained arbitrariness, passed quite a few reforms, he created an army and made it possible for her to win, finally established the borders of the Republic of Poland. Neither the right hand ruled him – because others did not want to cooperate with her, nor the left – because she didn't have a common program, a few common passwords at most; patriotism ruled, which even ordered foreign offices to be supported, centrifugal. But our constituent assembly failed one exam. She couldn't cope with the state economy. State, which started life with almost no burdens soon caught up with Europe in terms of debts. Not so much lived above the state, with [was printing] banknotes irresistibly. The eastern campaign plunged our currency so far, that dollar with 122 marek in January 1920 r. jumped over the years on 730. The first budget contributed by Grabski in 1921 r. turned out to be unreal; Michalski's springy action and the announcement of the closure of the loan union sparked outrage on the left (hence her solidarity with Piłsudski at that time). Worse summer crisis 1922 r. buried the work of the "iron broom". And here is the nation that was ready to die for Poland (40 000 fallen in the Bolshevik War) the overwhelming majority has shown ignorance of his tax obligations to the treasury. “Most of the Seym – Bobrzyński writes aptly, without specifying, however, what a majority it was - considering the disposition of its constituents, peasants and workers, it passed taxes on one condition only, that the lowest will be freed from them, and at the same time the most numerous classes, and she was pushing the limit of deliverance so high, that the tax result missed the point. It happened mainly in the case of income tax and property tax. This goal was achieved on the ground, introducing progression for the most possessing, and degression for the least possessing. This system did not instill belief in the general population, that everyone should bear the burden of maintaining the state. The rapidly changing treasury ministers found little sympathy with their fellow ministers, each of which he considered all his expenses necessary… The state lived on loans (internal), which did not bring much, and the main source of income was from printing money, which the Seym consecutively allowed without measure ". It had to be so, until a current emerged from the nation capable of generating power and bearing responsibility for the fate of the state.