The embodiment of the Vilnius Region 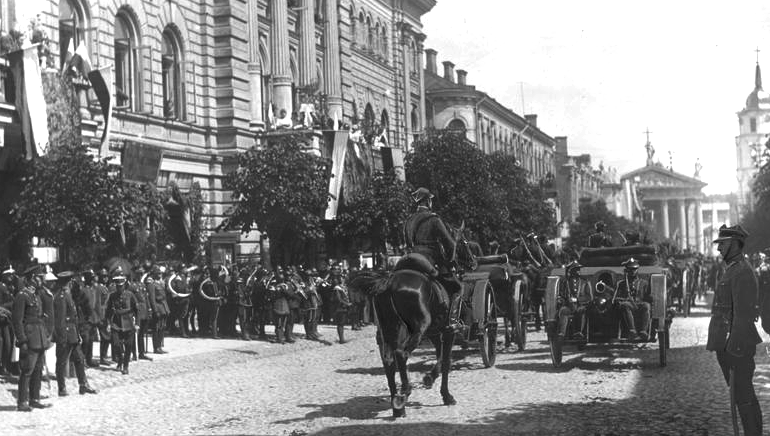 The act of gen. Żeligowski directed against the aspirations of Kaunas Lithuania, in Poland was welcomed as a correction of the one and a half years error. In the West, politicians, who against Poland advocated the ethnographic principle in Rus, and they ignored her in Silesia, indignantly they guessed, that the general was acting on orders from the Belvedere Palace. They did not want to accept the fact, that there are hardly any Lithuanians in Vilnius and its vicinity, nor understand the ideas of Kościuszko and Mickiewicz, for which the Crown and Lithuania were one homeland. Piłsudski was in a hurry to correct himself and appointed commissioner Osmołowski over the occupied "Central Lithuania", who took care of nurturing the centrifugal currents according to the federation templates. As the marshal involved the League of Nations, it drew up a plebiscite in the disputed country. Both sides agreed to it, when the Polish delegate in Geneva, Szymon Askenazy, also agreed to the federation. Then the Lithuanians withdrew – and there was a year-round fair, not without a taste of intrigue. Belgian Minister Hymans arranged various combinations for the League and the parties, the worst of which simply allocated Vilnius to Kaunas as an autonomous canton. In the Warsaw Sejm, nationalists and Piasts demanded the incorporation of the Vilnius Region, because that's what its people want; the left supported Piłsudski, which weakened the unification aspirations of Poles towards foreign countries, and against them, the resistance from abroad was winning, to get your way, i.e.. on the federation. May Vilnius be the capital of the "Jagiellonian Republic", and this is the center of Central and Eastern Europe. It stood on it, that the fate of "Central Lithuania" will be decided by the national parliament. Prime Minister Antoni Ponikowski was helping Belweder; the administration was in the hands of the Piłsudski people - elections, however [8 January 1922 r.] did not give an unequivocal result: on 90 credentials 43 they won the endets, 34 a similar organization of "people's councils", only 13 federalists, there were no Jews at the urns, Belarusians and Lithuanians. Still share (64%) the vote was huge, universal enthusiasm. In the Vilnius congregation itself 96 deputies at 6 abstaining adopted incorporation into the Republic of Poland without any reservations. However, when 20 MPs from the Vilnius Region came to Warsaw, to join colleagues in one meeting, Piłsudski raised one more obstacle – he demanded that in the act of merger itself there should be a statute for the Vilnius Region. This maneuver was in vain – no one demanded the statute, but also none of Poland's enemies would stop there. The north-eastern territories were divided into Vilnius voivodeships, Nowogródek, poleskie. The memory of the whole conflict remains on one side, that the head of state questioned national registrations against foreign countries; on the other side, that the nation followed Dmowski again and "Central Lithuania" itself denied its godfather.