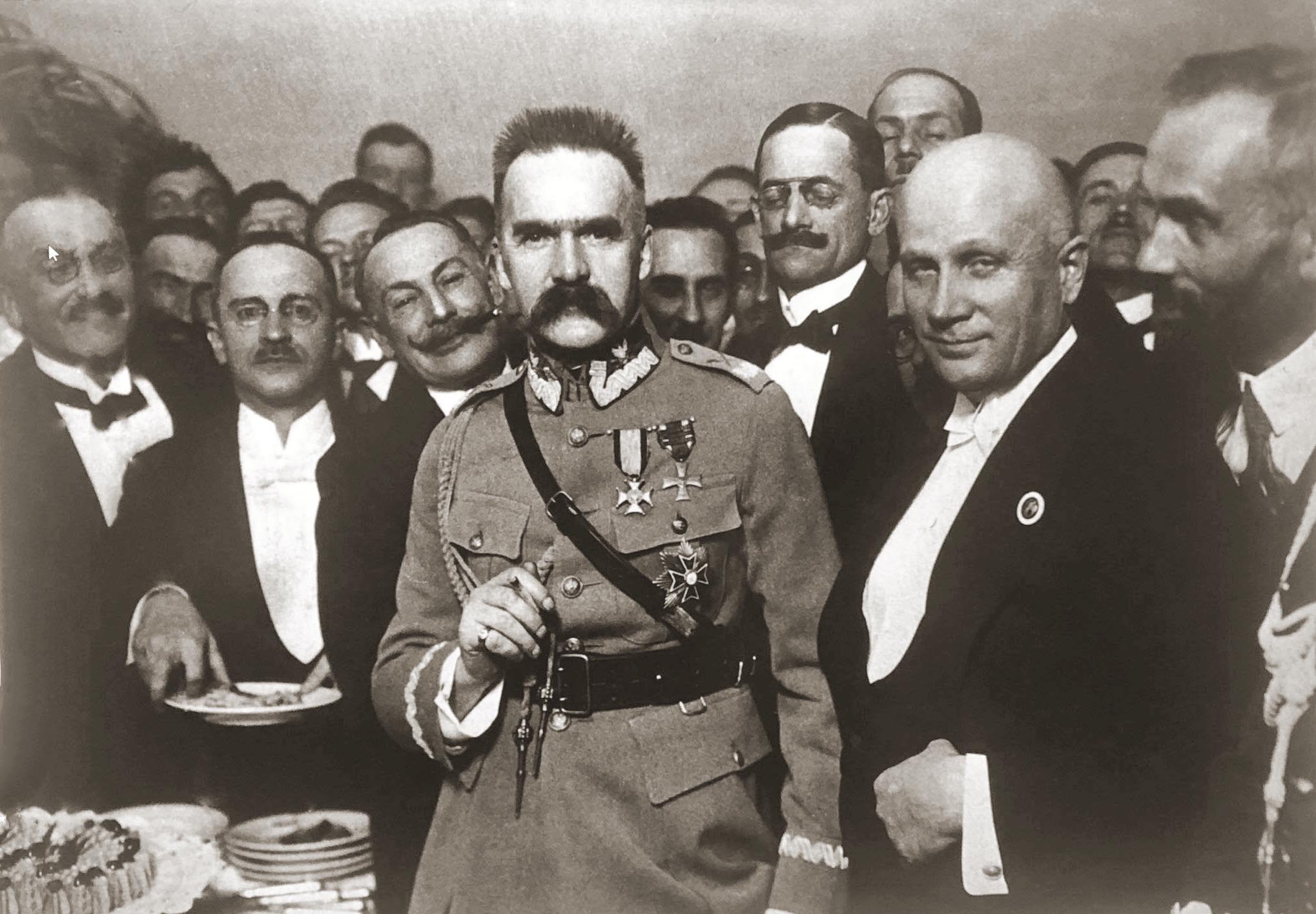 The high-profile anti-fraud commission did not find a single scandal worth bringing to trial. Revolutionary arrows gave heart to the radical elements; more than one city then received a socialist council and magistrate; priests were occasionally attacked. Following the Piłsudski Trzmielowski, who murdered former minister Linde in the spring, others killed the president of Lodz (Cynarski) and the curator Sobiński in Lviv. The police tracked open National Democratic organizations – like "Development" and undercover communists, it just didn't track down the freemasons. Amidst such sentiments, the left promised itself some success in the elections, but Piłsudski did not wish her to do so and the Seym was not dissolved. On the other hand, sensing a large group of worshipers of power in Poland, thought the marshal to act by a different method. Every lawlessness, which the Diet will condemn, but he will condemn helplessly, it will be a proof of the dictator's courage and genius, and at the same time it will create usus and terror.

The houses met in September in a rebellious mood, irritated. Nationalists were preparing an attack on the ministers of the interior and education (of them [first] he withdrew from the parliament the self-government projects agreed between the parties). Furthermore, this opposition party instead of demanding millions […] she insisted on savings, voting against the item 27 million for officers, which part of the socialists supported, as a reward for the revolution. Zdziechowski was again the main preacher of savings. Bartel relented, and the new Prime Minister Piłsudski led a crowd of officers to Wiejska Street, shouting "down with the Seym". The budget session was immediately postponed, a w nocy [with 30 September] on 1 October [1926 r.] a group of soldiers burst into Zdziechowski's apartment and massacred him cruelly, ran away. Yet the press had the courage to condemn such crimes, so attacks fell on her. The most famous were the attacks on the novelist Tadeusz Mostowicz (in September) and the playwright Adolf Nowaczyński. But even worse was the mysterious "disappearance" of gen. Zagórski. He, together with Rozwadowski and Jaźwiński, waited for a court in Antokol's prison near Vilnius, which will clear him of false accusations of fraud. In August 1927 r. Rozwadowski was released with damaged health, and Zagórski was taken to Warsaw, where a few officers (mjr Wenda i in.) on Piłsudski's orders, they dealt with him skillfully. This matter of "Polish conscience", as prof. Marian Zdziechowski, the victim's personal friend, and an admirer of the marshal – it has never been officially displayed. Poland was sanctioned by "unknown perpetrators".

The agony of the Seym

Rataj's Seym in the last several months of its term presented a tragicomic view. Comic for the Belweder Palace, tragic for national democracy. The center was starting to crumble. People's National Union strengthened to 100 the deputies withstood all threats and temptations. An amazing grimace on the left: you had to attack the dictator in the name of principles, but feelings and interests drew towards him, and this confusion was watched by sanacja's clients stuck into individual clubs. Trąmpczyński at the head of the senate eclipsed the courage of the too flexible Rataj. Piłsudski became the prime minister, however, also keeping the portfolio of military matters. They sat in the government since 2 October next to Bartel, Zaleski, Kwiatkowski, ministers with limited party responsibility: Moraczewski, Miedziński and two conservatives – Meysztowicz (justice) and Niezabytowski (agriculture). Nobody knew anymore, whether such a government is programmatically radical, or reactionary, if the Seym were allowed to work, these contradictions would have to disrupt Piłsudski's work. Piłsudski invented a ceremonial conflict at the opening of the autumn session: he ordered the presidential message to be heard while standing, and the left wing in the castle complied with this demand. Apart from economic matters, the law on assemblies was on the table, change of the electoral law, local government laws were widely wanted to be completed. But even more urgent was the muzzle decree of the press on false rumors and insults, which the government issued in November. All parties condemned him in December, then in May the president decreed almost the same, with a similar effect. The prime minister took office, which he had previously denied, that a resolution of the Seym is not sufficient to repeal a decree, because a law is needed. When the Seym called for an extraordinary session, Mościcki opened it and closed it immediately. Such a game of "hocki-klocki" (as expressed by the marshal) irresponsible elements in the country were delighted, who were burdened with political freedom and associated duties. They were still counting on a normal budget session, which the government could not close before the budget is passed; but Mościcki was able to postpone this session as well, and after the mandates have expired (5 XI) close. The first ordinary parliament of the Republic of Poland apart from huge work (337 meetings) he prided himself on dealing with the currency crisis, consolidation of the treasury and defense of the rule of law – not enough, to be popular with the crowds, since human hearts do not beat towards institutions, only towards living entities. Enough, to withstand the comparison with both the previous assembly, as with a series of others. Among the uncontrolled class conflicts and under the pressure of hereditary old Polish diseases, Poland experienced then what a disease is, which reasonable people call a crisis of parliamentarism, and in what dishonesty and intoxication see the bankruptcy of this democratic institution.