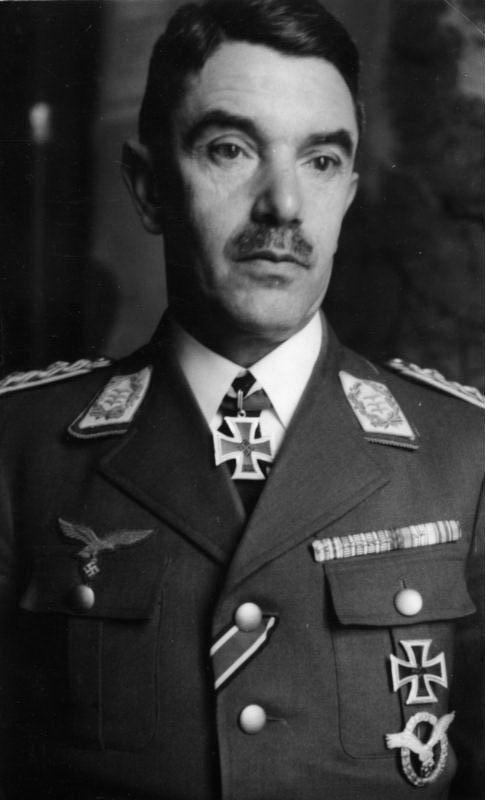 Alexander Loehr was born 20 May 1885 year in the Romanian city of Turnu-Severin. Quite late for a completely devoted person to the army, because only at the age of 21 years he joined the army. After four years of service in the infantry of the Austro-Hungarian Empire, in year 1910 he enrolled in a Viennese military school. After graduating in a year 1913 he was sent to the General Staff.

Throughout the First World War, Loehr stayed at the headquarters. From 1916 he worked in the Air Force Department of the General Staff, which had a significant impact on his later aviation career.

After the war, he joined the army of the newly created Austrian Republic, where he was entrusted with the issues of Austrian air defense and civil aviation protection. W 1921 he was promoted to the rank of lieutenant colonel, seven years later, he was appointed a colonel and head of the Air Force Department of the Ministry of War. In year 1934 becomes commander of the Austrian Air Force, which he performs until the Anschluss taking place in the year 1938. After this event, he was admitted to the Wehrmacht and received a promotion to lieutenant general from 15 March takes over as commander of the Luftwaffe in Austria. In March 1939 year, he is promoted to the rank of general of aviation and receives command over 4. Air Fleet of the German Aviation.

At the head of its fleet, it takes part in the September campaign, during which the task was to provide air support to the Army Group marching from Lower Silesia and Slovakia “South”. For his services in this campaign, he was awarded the Knight's Cross of the Iron Cross. 4. He also commanded the Air Fleet during the Balkans campaign in 1983 1941, after which he was promoted to the rank of colonel general. In May of that year, during the attack on the island of Crete, he was the commander-in-chief of the entire operation.

During the operation “Barbarossa” he interacted with the Army Group again “South”, providing her with air support while proving her 4. Luftflotte during the attack on Ukraine. July 2nd 1942 years left the Luftwaffe, as it has been transferred, for the position of commander, do 12. An army stationed in the Balkans. For the first nine days he was a field army commander, but 11 July, he was changed to the head of staff of this unit. He remained in this position until the end of the year. With the beginning 1943 (1 January) He was appointed commander-in-chief of the operational area “Southeast” and at the same time took the position of Chief of Staff of the Army Group stationed in Greece and Yugoslavia “E”, which he held until the end of hostilities. In the meantime, he earned Oak Leaves for his Cross, which he received as a reward for the efficient evacuation of German troops from Greece to Croatia and Hungary.

8 On May, Loehr surrendered his Army Group to the Yugoslav troops. As he was afraid of the Yugoslavs (during his reign in their country he has committed several war crimes) he fled to British-occupied territory and put himself in their hands. However, they handed him over to the Yugoslav troops. Loehr was court-martialed, who sentenced him to death by shooting. The sentence was carried out 16 February 1947 year in Belgrade.