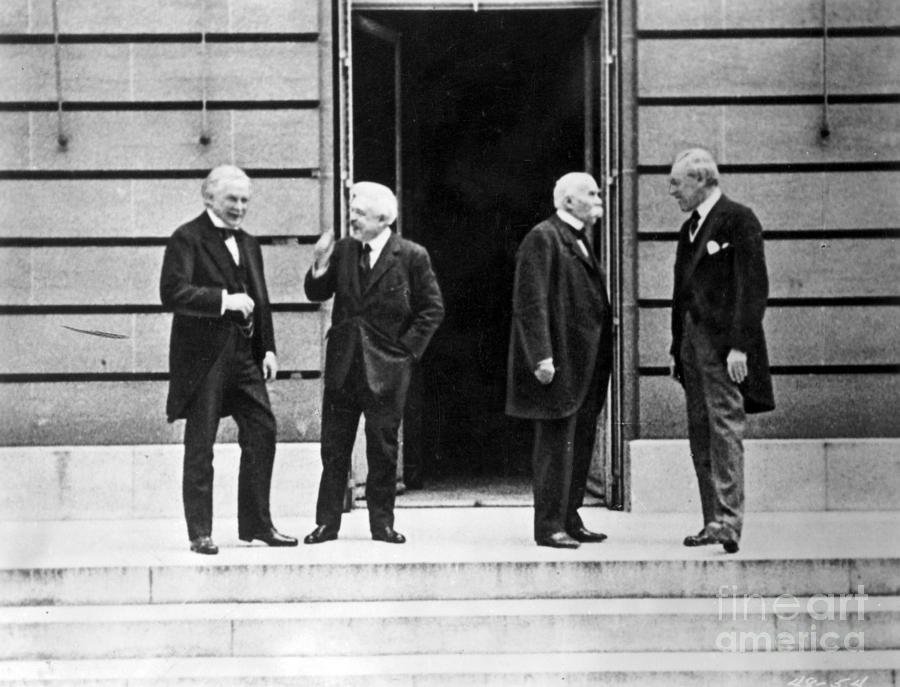 The peace conference has begun 18 January [1919 r.] general assembly of delegates from "allied and associated" states, then negotiations and decisions were concentrated in the Verkhovna Rada composed of heads of government and ministers of foreign affairs [five powers]; later Lloyd George removed professional foreign ministers from the Council (m.in. Balfoura), to arrange the fate of the world in the closest four (Big Four), by inviting only stakeholder delegates to the individual sessions. 29 On January, the suddenly summoned Dmowski presented the state of the Polish affairs and our territorial rights to the four tycoons. The powerful lecture impressed Wilson and Clemenceau, but the English prime minister never deigned to talk to Dmowski. 28 On February, at the request of the commission created at that time, Cambon justified in detail the recovery in the west: because the crimes of the partitions must be repaired, because the Polish nation has shown its unbroken development force, because a strong state is needed between Germany and Russia, as a factor of balance and peace, for a weak one would tip to one side and give rise to war. Therefore, Poland should receive the Masurian country from the Reich, Warmia, both banks of the Vistula, Gdańsk and the whole of Greater Poland in the west with amendments, all of Upper Silesia.

Germans this perspective, that Gdańsk will fall to Poland, and that Haller's army will land there, she gave him a fit of rage. They threatened, that the city will crumble, and he will not accept Poles, they fought with Wilson's original view of "undoubtedly" Polish territory. But now the president of the United States has already granted Poland territoriality, and not only communication access to the sea and there were moments, when Gdańsk and Silesia were already granted to Poland. Lloyd George unexpectedly turned everything over. He did not even despise such an argument, that Poles, i.e.. legionnaires voluntarily, and the recruits from Galicia and the Prussian partition were forced to shed the blood of the Allies. He came from Warsaw 7 April, Prime Minister Paderewski, but he, too, failed to break the peculiar English raison d'état. Day 25 March the decision was made, that Gdańsk will be the Free City of Poland [had] he will serve as a port, but it was to be held by the Supreme Council, later […] – League of Nations.