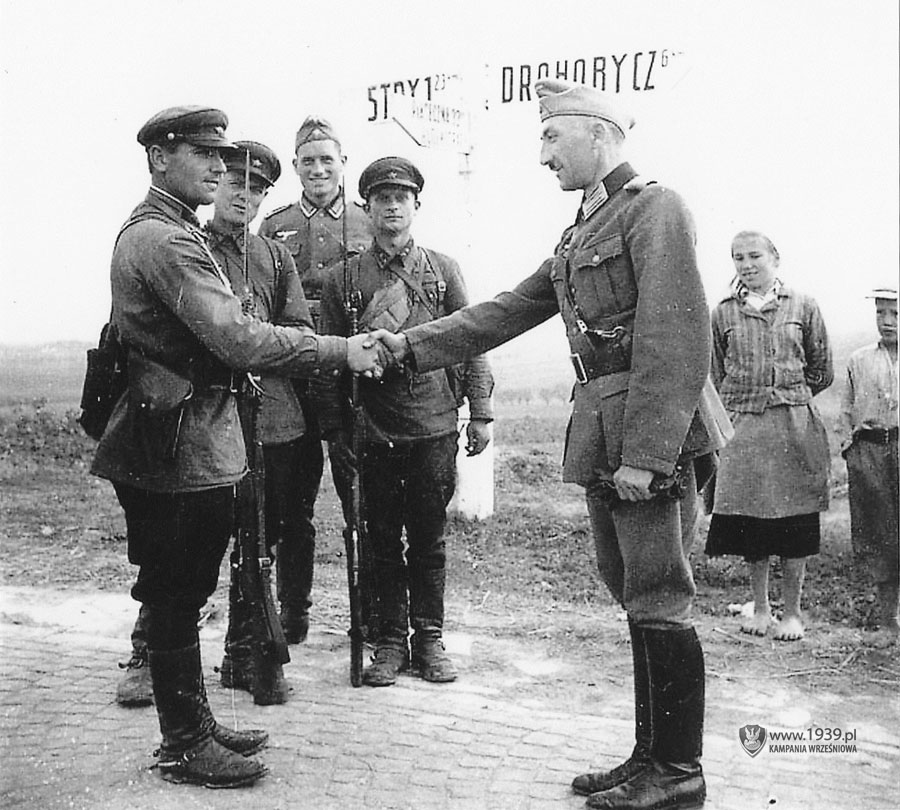 One can say, that from the moment of regaining independence, Poland was at odds with its neighbors. Both Germany, and the Soviet Union did not accept the loss of land, on which the Polish state was founded – state, which are unfortunately located between two powers, it had to maintain good relations with them at all costs, while obtaining international guarantees, with countries like England or France. However, maintaining independence and not succumbing to submission.

Marshal Piłsudski expressed his opinion on this issue, defining political strategies, which Poland should adopt: “Arranging and maintaining good relations with neighbors, loyal compliance with the terms and obligations arising from the alliances concluded, sticking to yours and defending yours, oppose any decision taken without Poland on matters of concern”.

It was easy to establish relations with the Soviet Union. For the USSR, internally shattered and endangered by the expansively-minded Japan, normalizing matters with Poland was very convenient. Thus (seemingly) forgetting about old disagreements and humiliations with 1920 year, Stalin himself proposed to the Polish government to sign a two-year non-aggression pact, which was signed in July 1932 year. Thanks to that, being convinced of the nobility of the Polish government, he could safely give up his fear of his western neighbor and focus his actions on something else. W 1934 year, the pact was extended by another 10 years. It guaranteed (seemingly) room up to a year 1944.

The case with Germany, however, did not look too good. The economic blockade applied there against Poland, and the ongoing so-called. “customs war” did, that it was very difficult to establish good diplomatic relations with this country. On the other hand, the attitude of German society and the ideological directions of the local government (as described in more detail in the chapter 1.2.) they even made it impossible. Germany pursued a policy towards Poland that decidedly aimed at its political control, on the other hand, Poles wanted to normalize relations at all costs.

When Hitler came to power, started a large-scale anti-Polish campaign. This met with a sharp reaction from Piłsudski, who even threatened with war, if this type of action on the part of Germany continues. Worth noticing, that at the turn 1933/34 During the year, the military potential of the Third Reich was negligible, and a possible war with Poland could lead to a catastrophe.

The aforementioned Polish-Soviet agreement exerted some kind of pressure on Germany. Hitler began to fear, that if threats from Poland are fulfilled, there will be a joint aggression by the Polish Army and the Red Army. He could not allow such an eventuality, so he quickly led to the signing of the Polish-German declaration of non-violence, which was in force from January 1934 through 10 years.

It's worth adding, that the Polish government conducted the so-called. “balance policy” – he maintained good relations with both the Third Reich, and the USSR, without getting involved in closer contact with any of them. This was to prevent getting involved in a conflict, which would result from rivalry between the two countries. As a result of this kind of external policy on the part of Poland, The Third Reich and the USSR, not being bound to her, they themselves soon signed an alliance (chapter 1.5).

As you can see, war in the arena Germany – Poland – Russia was impossible to avoid. The Polish government could find the only escape in an alliance with England and France (in March 1921 An agreement was also signed with Romania, however, it was not so significant for the further course of events).

Already in February 1921 a pact with France was signed, to which a secret military convention is attached, preaching: “In case of German aggression against one of the two countries, both countries have an equal obligation to support each other, pursuant to mutual agreement”. There was also an attack by the USSR: “In case Poland was threatened by the Republic of Soviets with war, or in the event of a seizure by the latter, France undertakes to act both on land, and at sea, in order to ensure that Poland continues to be safe from the side of Germany (…) and to help her defend herself against the Soviet army”.

The problem was England, which applied the policy of the so-called. appeasementu, that is, unresponsiveness (silent permissions) for German plunder. It was faith that caused it, that they will soon be over. This made it significantly more difficult to sign the Polish-British alliance, for it was clear, that the speech in it would be precisely about the armed reaction to the aggressive actions of Hitler. Polish politicians watched with horror the growing tension between Poland and the Third Reich. But soon (one can say, that at the last minute) managed to lead to an alliance. The signed document guaranteed “any help and support” in case of aggression “one of the European powers” (the secret attachment specified, that it is about Germany). The signing took place 25 of August. Contrary to appearances, this did not stop Hitler from his plundering plans (the term of aggression only moved Fr. 6 days).

It would seem, that Poland, thanks to all these assurances, she could feel safe. The further course of events has shown, how much are the words of these countries really worth.