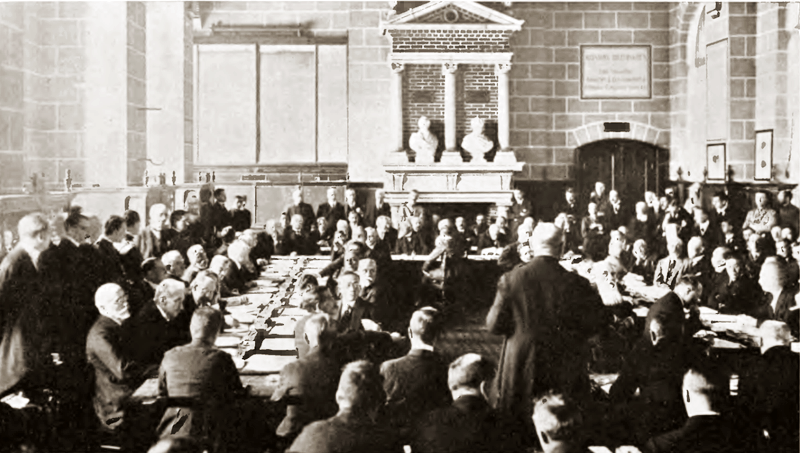 W 1916 r. Franciszek Józef I died. His successor, Carol I, abdicated in 1918 r. (as a result of Austria losing the war), thus ending the centuries-long period of the Habsburg dynasty. 12 November 1918 r. the Republic of Austria was proclaimed. Under a peace treaty, signed by the Allies 10 September 1919 r. w Saint-Ger-main-en-Laye, Austria could not conclude the planned union with Germany and was forced to recognize independent states: Czechoslovakia, Polish, Hungary and Yugoslavia. Earlier these countries, including Transylvania (today's Romania), were largely under the control of the Habsburgs. The loss of such large territories caused Austria many economic problems, for the new states refused to continue supplying the basic raw materials and therefore many families, especially in cities, it found itself on the verge of poverty. Only in the middle of the years 20. the federal government stabilized the currency and established new trade relations, which created the foundation for the development of the economy of the new state.

The birth of fascism

After World War I, the socialist city authorities of Vienna began to implement an enlightened program of social policy. The rest of the country, however, was deeply influenced by the conservative federal government, which caused sharp conflicts between the capital and the provinces. These tensions escalated in July 1927 r., when right-wing extremists were acquitted in an assassination trial (this problematic verdict appeared to be politically motivated). The Palace of Justice in Vienna then became the scene of great demonstrations, during which he was killed by police bullets 86 people.

Political and social tensions, such as polarization of political factions and rising unemployment, in conjunction with the global economic crisis gave Federal Chancellor Engelbert Dollfus the opportunity to establish in 1933 r. authoritarian governments. In February 1934 r. during the short civil war, which resulted in hundreds of victims in four days, the right hand confirmed its victory. The National Socialist party was banned in July (Nazis) contributed to the murder of Dollfus. His successor, Kurt Schuschnigg, was unable to contain the tide of the mounting threat from Germany. W 1938 r. he capitulated and incorporated the National Socialists into his government.

11 brand 1938 r. German troops entered Austria, encountering no great resistance. Adolf Hitler from Austria, who had left Vienna ten years earlier as an underrated and embittered artist, triumphantly returned to the city and during a great demonstration at Heldenplatz, he met his supporters.

13 March Austria was incorporated into the German Empire (connection). In a national referendum held in April, most Austrians supported reunification with the Third Reich.

The entry of the Nazis had tragic consequences for Austrian Jews (though not only Jewish liberals and intellectuals fled Nazi Austria). Jewish population, constituting 10% the inhabitants of Vienna, so far she has enjoyed normal civil rights. In May 1938 r. in Austria, the Nuremberg Race Law was introduced, which deprived Jews of many rights, m.in. they were not allowed to work in certain professions or teach at universities. They were also forced to wear the yellow Star of David. 9 November 1938 r. the Viennese Jewish community was rocked by racist violence – Shops were looted and almost all synagogues were set on fire. Many Jews left the country, but approx 60 thousand. were sent to concentration camps (barely survived 2 thousand).

During World War II, Austria became part of the German war machine, and the federal government a puppet in the hands of the German Nazis. Austrian troops were incorporated into the German army. There were, however, some signs of resistance to Germany – 100 thousand. Austrians were imprisoned for political reasons, a 2,7 thousand. members of the resistance movement were executed. During the last two years of the war, Vienna was bombed frequently by the Allies and many state buildings were damaged or destroyed (almost not counting 86 thousand. residential houses). As the war was coming to an end, allied troops entered Austria from the east and west. The first to reach Vienna was the Russians, taking the city 11 April 1945 r.