The road to independence 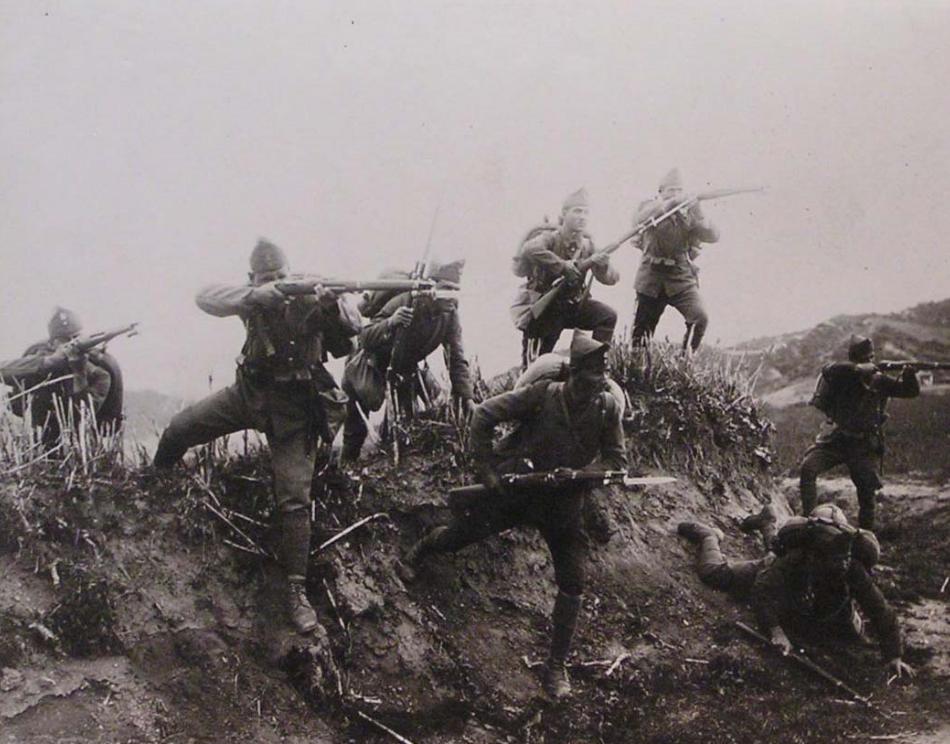 Turkey's disastrous situation spurred patriots to act. In May 1919 r. The Greeks landed near Izmir with the intention of seizing the lands assigned to them. This was accompanied by bloody pogroms against the Muslim population. In the occupied territories, partisans subordinated to the so-called. Rights Defense Committees. May 19th 1919 r. Mustafa Kemal entered the port of Samsuna with the intention of fighting the invaders, newly appointed head of the 3rd Army Inspectorate for Eastern Anatolia. Thus began the war of liberation.

Immediately after arriving in Samsun, Ataturk renounced the obedience to the authorities in Istanbul and led, together with Kazim Pasha, who had been operating here for a long time, to organize a congress of the Association for the Defense of the Rights of Eastern Anatolia in Erzurum.. Its continuation on a national scale was the convention in Sivasa, which took place the same year. The delegates then established the Association for the Defense of National Rights of Anatolia and Rumelia, thus considering itself to be the representation of the nation. Selected Representative Committee, that is, the seed of a future government, he moved from Sivasu to Ankara. Its basic postulate was the creation of Turkey within national borders. Negotiations with Istanbul began, as a result, elections to the parliament were held there. Turned out, that it was overrun by the followers of the Committee, which the occupiers did not like, because the newly elected chamber adopted the so-called. National Pact, talking about the sovereignty of the Ottoman state. As a result of immediate repressions, it arose in Ankara, in April 1920 r "Grand National Assembly, whose chairman is Mustafa Kemal. The hostilities began; in the west, the Greeks were fought, and in the south with the French and the Italians. From the east, the rebels were secured by a pact with the recently formed Soviet Russia, struggling at the same time with foreign intervention. As soon as the war for Russia ended and the war with Poland was lost, The Soviets began to greatly assist Turkey in cleansing Anatolia of foreign troops. Both rubles were delivered, gold, as well as weapons with ammunition.

The war with the occupiers lasted until 11 October 1922 r., when it's in Mudanya (port by the sea of ​​Marmara, near Bursa) an armistice was signed. A little over a month later, the Lausanne Peace Conference began and the Sultanate was abolished in Turkey, to be clear, who has the mandate to represent this country on the international stage. Peace treaty, signed in July 1923 r., granted Turkey full sovereignty, he returned Thrace to her with Edime and abolished Allied control of both straits. In addition, a population exchange was enacted – over a million Greeks have been resettled to Greece, and half a million Turks left the Greek territories, to settle permanently in Turkey. It was the first mass organized in history (on such a scale) resettlement of the population serving as an example of the German population in the new territories of Poland after World War II.