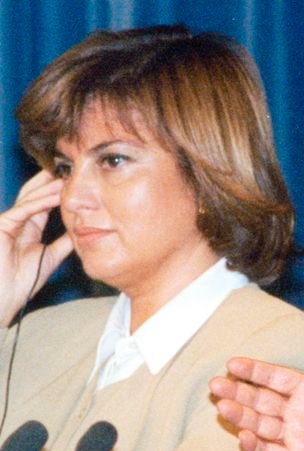 Ozal was succeeded by the outgoing Prime Minister, Suleyman Demirel, whose governments could be described as asexual – Demirel's character influenced the style of governance, which in this respect differed greatly from his charismatic predecessor. W 2000 r. Ahmet Sezer took the presidency. Prime Ministers in 90. there were many, even a woman held this position (Tansu Ciller), and we must remember, that in a Muslim country it is quite a challenge. Despite the return of democracy, the military had to step in again. Well, the parliamentary elections of 1995 r. The Prosperity Party, which proclaimed religious slogans, won (Welfare Party), which questioned the validity of the principle of secularism. In addition, Prime Minister Erbakan began to preach a desire to revise pro-Western policy and spread the view that it is necessary to withdraw from NATO structures.. This could not be concealed by the exaggerated Kemalist army and forced it into 1997 r. Erbakan to resign, and the Welfare Party was dissolved. The void after it was filled by the Islamist Virtue Party (FP), whose members became politicians from the Welfare Party.

Turkey's membership of the European Union is a complicated issue, there are many obstacles on the way to Europe. Only in 1999. accepted, several times previously dismissed, application to grant Turkey candidate status. In the same year, Bulent Ecevit from the Democratic Left Party became Prime Minister (DSP), and the swearing-in of the new government was accompanied by a scandal. Virtue MP Merve Kavakci appeared in a scarf and was forcibly removed from the meeting room. This sparked endless polemics about the relations between religion and the state and the Europeanization of the country.

The most important tragic event of recent years was the earthquake, which hit Turkey (the epicenter was near the city of Izmit) in August 1999 r. Several thousand people died then, which was also accompanied by huge material losses. The immediate effect of these tragic events was the change in the regulations on building new houses (tightening of construction supervision).

Parliamentary elections in Turkey in November 2002 r. won the moderate Islamist party, and they took place earlier due to the government crisis. Anyway Bulent Ecevit, having 77 years, he seemed a bit tired of politics. Leader of the winning Justice and Development Party (AKP), which was created to replace the previously disbanded Virtue Party – Recept Tayyip Erdogan – he could not become prime minister or even a deputy, because the court forbade him to do so. He was under the stigma of a sentence for inciting religious hatred, for what in 1998 r. he was put in prison for ten months (went out, taking advantage of the amnesty, after four months). So Abdullah Gul became prime minister, vice-president of the ACP, but Erdogan pulled the strings anyway. The new government set itself many difficult tasks, the most important of which is probably joining the structures of the European Union. Winning most of the seats in parliament allowed for the removal in December 2002 r. from the Basic Law, an article on the prohibition of voting for persons convicted of "ideological crimes". Thanks to this, Erdogan sat in parliament after the supplementary elections, and then in March 2003 r. became Prime Minister of Turkey.

The recent events related to the war in Iraq have presented Turkey with a problem that is difficult to solve: whether to accede to Americans' requests for air bases, allowing the use of Turkish airspace and the creation of the Northern Front, or, on the wave of efforts to join the European Union, listen to the voices of opposition from the leading EU member states (France and Germany) and completely condemn the war, thus closing the US road to Iraq via Turkey. As a NATO member, Turkey was hard to crack. Ultimately, she chose a compromise, providing coalition partners with airspace and allowing the use of its territory to deliver equipment to Iraq and carry out rescue and intelligence operations (the latter, however, only after several weeks of hostilities). Another problem turned out to be the case of the Kurds. The Turkish government made cooperation with the United States conditional on the consent of the Turkish army entering the territory of northern Iraq, that is there, where the lion's share of the entire Kurdish nation lives and where the PKK has its bases and facilities. Moreover, Turkey fears the emergence of an independent Kurdish state, which, according to her, could do the region more harm than good. America did not give consent, and Turkey finally relented, but taking a cool stance on the US-Iraqi conflict. What solution to the issue of Kurdish independence will bring the future after the victorious campaign of the coalition partners in Iraq, this is not known, especially since the United States was both an ally of Turkey in this war, as well as the Kurdish people.