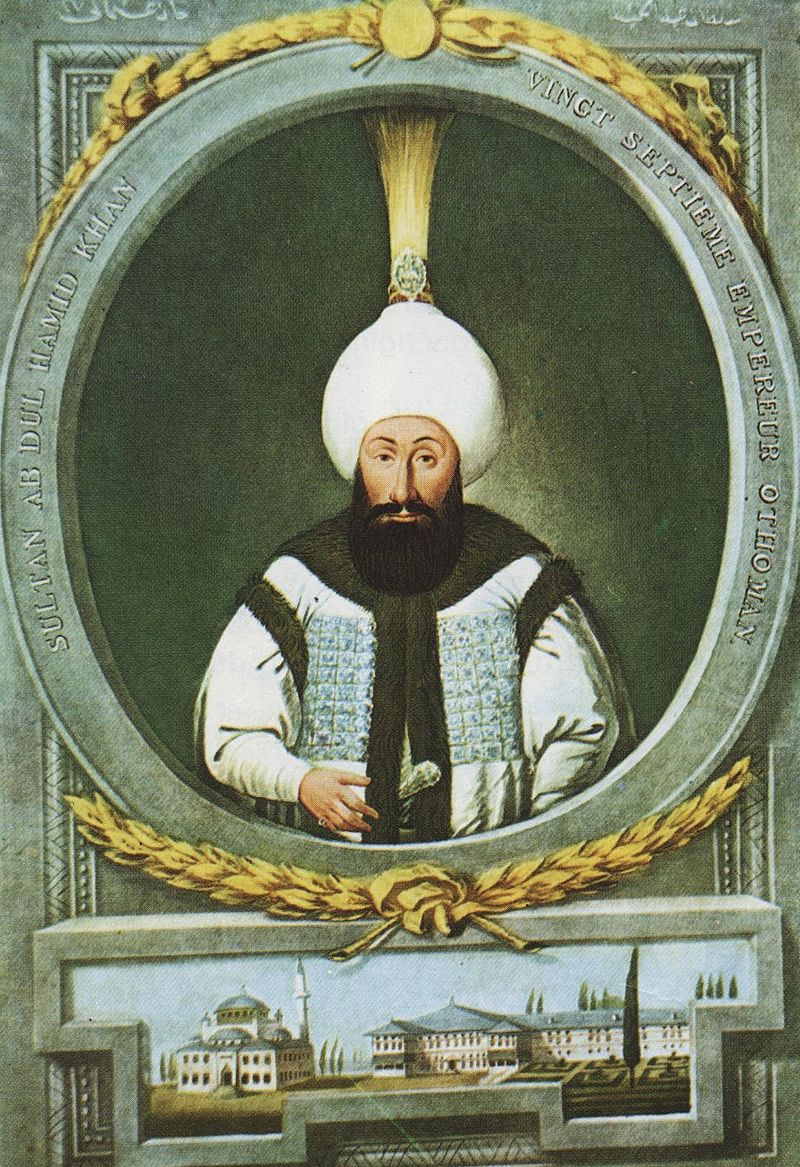 Radical reforms to get the state out of a desperate internal situation, which had its resonance in international relations, Sultan Abdulhamid I began (1774 – 89). He reorganized the army, whose structures and equipment were recognized, quite rightly so, too outdated. He also began to think about the reform of the administration. Unfortunately, there were many opponents, mostly religious conservatives, who for a time successfully blocked the sultan's moves that were too bold in their opinion. In the end, the supporters of the reforms won. Meanwhile, it broke out in 1787 r. war with Russia (which took Crimea four years earlier) and Austria, which Turkey successfully resisted. A revolution broke out in France, which changed the current political order.

Successor of Abdulhamid, Selim III (1789 – 1807), he initiated reforms called Nizam-i Cedid(new order). Again, the organization of the army and administration, as well as financial matters, were put in order, and there were opponents again, revolts of the feudal lords broke out, whose lands have been touched by the new orders. Janissaries who were always dissatisfied joined them. Oil was added to the fire by the expansion of Napoleon's France into Egypt and the new war with Russia. Selim II was thrown from the throne, and the Sultan's cousin was raised in his place – Mustafa IV, who ruled for only a year, but he managed to cancel the reforms ordered. Their supporters began to be persecuted, and these, who survived, they focused around a man named Mustafa Bayraktar, landowner, and took part in a conspiracy founded by him and the high dignitary Celebi Efendi. Mustafa was removed, and in his place the younger brother Mahmoud II was appointed (1808 – 39). Appointed Grand Vizier.

Bayraktar resumed the reforms initiated by Selim III, while summoning a gathering of the powerful (something like a parliament), which he asked to accept his actions. They were partially accepted, but nothing stopped the Janissaries from overthrowing the vizier and inhibiting it, at least for a while, wretched reforms. The Sultan remained relatively neutral in this conflict, that's why he saved his head, but he did not give in to pressure and did not cancel all reforms. First of all, he turned out to be ruthless to the Janissaries. He solved in 1826 r. I corpus, which was accompanied by bloody events, for the sultan was aware, that they are a brake on planned changes.

Mahmud II resumed the reforms, he dealt with the reorganization of the army, Europeanization of the country as well as education and public health, and also agriculture. For example, the names of offices have been changed. And so the Grand Vizier was then Prime Minister, a Carpet – The Council of State. A number of ministries were also created, and even a government spokesman. European instructors began to train the military, and young people were allowed to attend the newly established secular secondary schools (so far there have only been religious). Mahmud was succeeded by his son Abdulmecid, which reigned to 1861 r. He and his advisers were the continuators of the actions taken by the previous Sultan and they realized, that the foundations of the empire must be moved, so that it can survive, And so it happened. The Sultan issued an edict, from which the period of reform was named tanzimat-i hayriye, that is, "beneficent reforms". In it, he guaranteed the fundamental rights of the individual, and the general outline was similar to European standards. The reforms are in full swing, and their crowning glory was introduced in 1876 r. constitution. As a result of the political turmoil, which was then unleashed, Abdulhamid II took the throne (1876 – 1909), who was not in favor of reforms. Their driving force was the so-called. young Muslims, a half-conspiratorial organization gathering supporters of radical reforms, liberal democrats. It was they who changed the sultan to this one, who promised to pass a constitution. Abdulhamid initially kept all appearances and introduced it immediately after assuming the throne. Unfortunately, a year later, in fact, the despotic ruler dissolved the parliament and suspended the constitution, and the inspirer of reforms towards parliamentarism, a supporter of young Muslims, He ordered the Prime Minister Midhat Pasha murdered. The era of reform is over, and Turkey for the next 30 years she has not seen parliament.