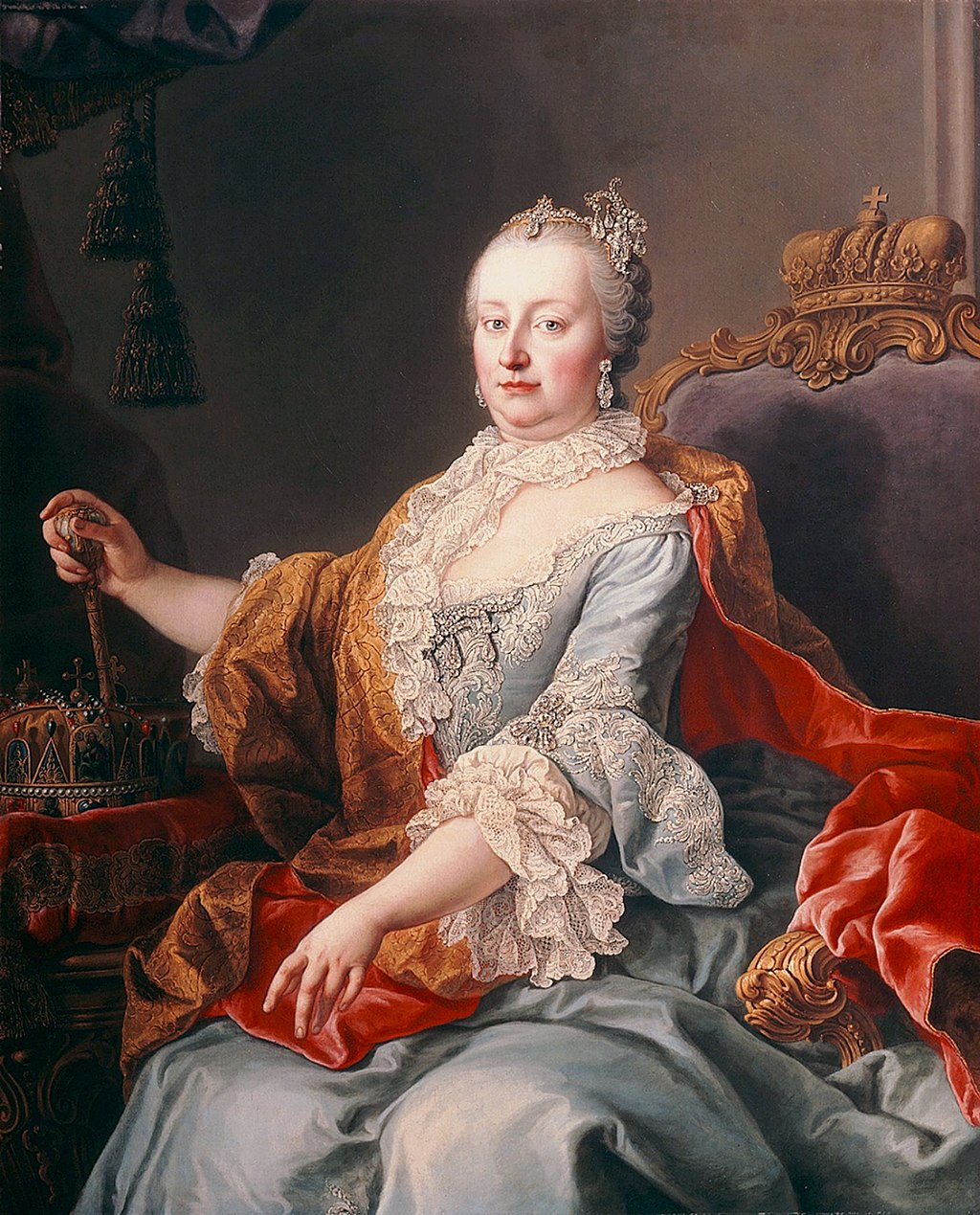 Maria Teresa (1717-1780) she was a very significant figure in Austrian history. The world of great politics demanded it at the moment, when her father died, leaving no male heirs behind. The power was held by 40 years, during which she gave birth to sixteen children. One of them was Marie Antoinette, future wife of Louis XVI, which is infamous for ever, not knowing how to understand, why the starving French peasants did not eat the cake. Maria Teresa's fourth child, Joseph II, it weighed at the time of its birth, trifle, 7 kilograms.

Maria Teresa managed to implement a number of enlightened reforms, but despite this she was considered a prudish and staunch anti-Semite (in her presence, the Jews had to hide behind a screen). One of the less successful moves of the empress was the creation in the year 1752 Commission Against Immoral Behavior, whose members raided private homes with impunity in search of men flirting with ladies of suspect reputation. Even Casanova's name was on the commission's blacklist, who was tried to capture during his stay in Vienna. Fortunately, the activity of this infamous institution was very short-lived.

This extremely harsh attitude of Maria Theresa towards the gentlemen called playboys stood in sharp contrast to the way of life, led by her husband, Franciszek I, extremely gifted in the field of male and female maneuvers. Despite the spouse's behavior that raises many doubts, Maria Teresa was very loyal to him, and after his sudden death v 1765 r. she never took off her mourning robes again. She entrusted the authority over the country to Józef II, and she herself found refuge in Schonbrunn Castle, where she lived a virtuous life, which, judging by the rapid weight gain, served her very much. Her achievements were not properly recognized during her lifetime – only after her death was she recognized as the true mother of the Austrian nation.